Aviv you will be missed especially on the ice!! We have a lot of memories together From your Hawks/Mugatu Hockey Family

Sending condolences to the Lieberman Family on the loss of Aviv.

When I moved from Florida back to Montreal I met Aviv as he just came from Isreal in 1969. Always getting a different car from his dad and enjoying his CB. His whole family was wonderful and now he is with his mom , dad and sister. Rest In Peace my brother. God be with you 🙏🔥💐

Our deepest condolences to the whole family from Los Angeles May God rest his soul.

Dear Itamar, Elisa, Lauren & Ethan, my deepest condolences for your loss of Aviv. He was a truly special and unique person. He loved all of you so much , especially his beloved Lauren & Ethan who he spoke so proudly of. I will always remember his friendship and kindness.

Lisa, I was very sorry to hear the news. No doubt this is not an easy time for you and the children. You are not alone and you can all count on the support of the family. Irwin

Dear Elisa So sorry to hear of the loss of your husband our thoughts and prayers are with you at this difficult. We never meet your husband but knowing you we are sure he was special I think of you a lot and remember spending everyday with you when Natalie was young I’d love to see you or talk to you. We love you so much The ornstein

Dear Jody and Arthur and family, please accept our deepest condolences on your loss. Sending love, Lynn and Andy

Itamar,Elisa,Lauren,Ethan Our deepest condolences for the loss of an amazing person. Aviv was a brother to me and always was a part of our family. We had the best time of times growing up. He will be truly missed and never forgotten. Love you Bro.

Aviv, was a shining light in the family. His humour and devotion to his family far outweighed his passion for tasty foods pizza or a Harvey’s hamburger. My deepest sympathies to Elisa, Lauren and Ethan. Thank you for sharing Aviv with us.

Deepest condolences to the family

I’m so sad to hear this news. I have good memories of Aviv and want to send on my condolences to the family.

Dear Jodi and Arthur, Our deepest condolences to you and your family on the loss of your brother-in-law. Our thoughts are with you at this sad time. Warmly Essie and Morris

Dear Elisa and family, I reacted to the news with sadness. If it wasn't for spotting Elisa's personalized license plate on her car on the 101 Fwy, in Feb 2020, we would have not created a warm wonderful friendship in Los Angeles. Meeting you and Aviv was such a fab feeling. My heart goes out to you and your family. Hugs

Dear Jodie, Arthur & family. With deepest sympathies on your loss. May the beautiful memories you have of Aviv sustain you all at this most difficult time.

E. Still in shock. We had no idea. So incredibly sorry to hear this tragic circumstance. We had a lot of great times. Our thoughts are with you May he Rest In Peace

My sincere condolences to Elisa, Ethan, Lauren and the entire family. Aviv will be missed by all who knew him! May he Rest In Peace🙏

Dear Family, My deepest condolences for your profound loss. Aviv was a great guy, and his warmth and generosity came in abundance. May all the beautiful memories contribute to his legacy and help you find strength in this difficult time.

Dear Jacob, My sincere condolences on the loss of your brother in law Aviv!! Linda Zlatkin

To Itamar and the Lieberman Family. Please accept our deepest condolences on the passing of Aviv. May he Rest In Peace.

Dear Elissa & Family, Was not long ago that I was thinking of you and what you were up to, And tonight I read of your loss on the website. What is the chances of that? I send you my heartfelt condolences & deepest sympathy Thinking of you at this most difficult time. Debbie Grill-Miller (Montreal)

To the entire Freedman and Lieberman Family, Our condolence on your loss.

My deepest and Saddened condolences to you Elisa and family to your loss of a great father ,Husband, and great friend to all .I have such great memories of Aviv growing up and I can say the best memories of my early years.Aviv always smiling,laughing,always a joker and a kidder and loved life.I rem6 the day Aviv said he is moving on to California and my jaw dropped as I knew I just lost a great friend and a great soul.Always loved the habs,cars and life and I Remer meeting you Elisa as his girlfriend and Aviv said I will marry her and I said great choice.So my deepest sorrow and condolences to you and your family Elisa as this hurts in the heart as Aviv will be missed and loved on my heart and only the best memories

Elisa, Lauren, and Ethan I am so sorry for your loss. Aviv was a wonderful man. I am so grateful for him and your family. His spirit is always with us and I love each of you.

Deepest condolences to you and your family. I am so sorry for your loss

Lots of Love to Elisa, Lauren, and Ethan. Aviv was a wonderful man and father. He had so many talents and a great sense of humor. I know he will be greatly missed. ~Shan Boggs

Deepest condolences to the entire family

A big heart no doubt..... Loved his HABS, Tasty Food Pizza, Harvey's and Big Macs. - his smile, generosity of spirit was contagious. He was 11 years old when I met him and he never changed. He lived his life to the fullest. Rest In Peace dear Aviv you will be greatly missed by all those who knew you!

Elisa. So sorry for your loss. We have arrived in Scottsdale will speak to you soon

My heart aches for those he left behind. May his memory be a blessing to all who loved him. Elisa, please know that I am there with you in spirit . 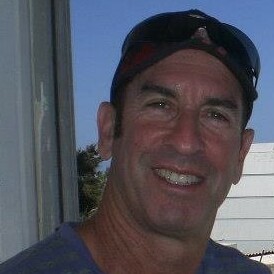 Peacefully after a courageous battle, on Saturday, April 16, 2022, in Los Angeles, California. Husband of Elisa Freedman Lieberman for thirty-two years. Loving father and father-in-law of Lauren and fiancée Diyon, and Ethan. Dear brother and brother-in-law of Itamar, Jacob and the late Sharona Crudo; brother-in-law of the late Irwin, Arthur, and Jodi Freedman. Son-in-law of Eileen and the late Morty Freedman.  Cherished uncle, great uncle, cousin, and friend who will be greatly missed by all.

Aviv was born to the late Edy and the late Lidia Lieberman in Haifa, Israel, on December 19, 1958. The family moved to Montreal in the sixties and although Aviv left Montreal for Los Angeles around 1980, there was still a large piece of his heart (and his stomach) tied to Montreal.

His life was filled with many passions and at the forefront was his family. He was an unconventional guy who was very good with his hands and made a great living for himself and his family doing just that. He could often be found on a job site on one of his tractors, cruising the lake on his boat, in his garage fixing one of his many cars, or sitting back and watching a Habs game. His loss is felt in L.A., Montreal, Israel, and beyond.

Graveside service on Sunday, May 1 at 11:00 a.m. at the Hebrew Sick Benefit Association Cemetery, de la Savane. Contributions in his memory may be made to Hereditary Breast and Ovarian Cancer Foundation (HBOC), (514) 482-8174, https://hboc.ca/donation.

Leave a condolence for Aviv Lieberman