Many of the rights and rituals regarding Jewish funerals are foreign to most until the sad moment of a loved one’s passing. At Paperman & Sons we hold trust to all religious requirements regardless of one’s level of orthodoxy. All rights, rituals, and customs are adhered to by our directors and staff with the utmost respect to the Halacha (Judaic Law). Although mourning is a very personal experience, listed below is a brief guideline of how Jewish mourners may conduct themselves.

Upon receiving news of passing

Upon receiving the news of the passing, the following blessing is recited:

The funeral service will commence at the funeral home, and from there the mourners and their entourage proceed to a Jewish cemetery for the burial.

A Hesped is a eulogy, and it is common that several people speak at the start of the ceremony at the funeral home, as well as prior to burial at the gravesite. On certain days, such as on Chol HaMo'ed ("intermediate days" of Jewish holidays), eulogies are forbidden.

The mourners traditionally make a tear, Keriah, in an their garment. The tear should be on the left side for a parent (over the heart and clearly visible) and on the right side for brothers, sisters, children and spouses (and does not need to be visible).

The first stage of mourning is aninut, or “intense mourning." An onen (a person in aninut) is considered to be in a state of total shock and disorientation. Thus the onen is exempt from performing mitzvot that require action (and attention), such as praying and reciting blessings (except on the Sabbath), wearing tefillin, in order to be able to tend unhindered to the funeral arrangements. The onan may not eat meat, drink wine or liquor and may not conduct normal business hours

Aninut is immediately followed by avelut ("mourning"). An avel ("mourner") does not listen to music or go to concerts, and does not attend any joyous events or parties such as marriages or Bar or Bat Mitzvahs, unless absolutely necessary.

Immediately after the funeral the mourner begins "Shiva". The day of burial is counted as the first day and the seventh day usually concludes after morning services.

After entering the home, the mourners partake of a special meal traditionally provided by neighbours and friends of the bereaved. At this point in bereavement, friends move from the role of a spectator to participant in the relief of the mourner's anguish. One should serve bread or rolls considered to be the staff of life and hard-boiled eggs symbolic of the cyclical nature of living. Eggs are also the only food which harden when cooked, teaching us that man must learn to steel himself when death occurs. This meal should be the first one eaten on the day of internment.

It is a tradition to cover mirrors in the Shiva home. Self-adoration and the concern with external appeal is minimized at this moment of familial tragedy.

The thirty-day period following the death (including shiva) is known as shloshim, "thirty". During shloshim, a mourner is forbidden to marry or to attend a seudat mitzvah ("religious festive meal"). Traditionally men do not shave or get haircuts during this time.

Those mourning a parent additionally observe a twelve-month period shneim asar chodesh, "twelve months", counted from the day of death. During this period, most activity returns to normal, although the mourners continue to recite the mourner's kaddish as part of synagogue services for eleven months, and there remain restrictions on attending festive occasions and large gatherings, especially where live music is played. 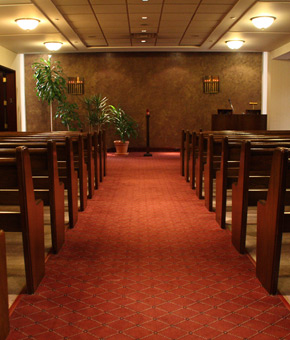 Find out more about our Facilities