Dear Eve and Family I am so sorry to hear of your tragic loss. My heart goes out to all of you .May you know no further sorrow. With very fond memories. Pessy (Ellie Greenberg's sister

Eve, Steve, Sheldon, and Cindy, Please accept my deepest sympathies on the loss of your beloved Clifford. May you be spared further sorrow

Dear Eve and family I am so sorry to learn of the passing of your son Clifford. My thoughts are with you at this difficult time. Beverly

I remember Clifford from the days at Wagar way back when. Sorry for your loss.

Dear Steve, I was saddened to hear about the loss of your dear brother Cliff. May his memory be a blessing for you and the entire Schafer family.

Dear Schafer family, my deepest condolences on the passing of Cliff. He was a great friend for many years. He had a heart of gold, very kind and considerate. Wishing you comfort at this sad time.

Sending you my condolences. I remember him from our days in the Park Ex. I also had the pleasure of talking with him a few times in 2019 outside the Dollar Cinema.

Dear Eve, Stevie, Sheldie, Cindy and families I am deeply saddened to hear of Cliffies passing. Although it’s been decades I have warm childhood memories of our families vacationing and socializing together. I remember Cliffie as a kind and gentle soul with a loving smile. May your memories bring you comfort at this sad time. With love from our family Zelda, Earl, Lorne and myself.

Dear Eve and all the Schafer family ,My sincere condolences on your loss of a cherished son, brother ,brother in law and uncle. I am so sorry that we lost touch since my mother passed away. I am the daughter of Manya Schafer Berkowicz. I remember Clifford as a gentle boy when he accompanied you and Lou..I hope that the memories you have shared will comfort you through this difficult time. Ruth And Jerry Hecht.

Dear Eva, Stevie, Sheldy and Cindy I am so sorry to hear of your loss. Although we have not stayed in touch over the past number of years, I have great childhood memories of the Beiner and Schafer families sharing good times (and adjoining Park Ex balconies!) And I remember Cliffy fondly as a kind and gentle person.

Sorry for your loss My school mate at Wagar High School ,one of the nicer quiet ones Glad to have known you

Dear Cindy and family, Very sorry to hear the news about your brother. Wishing you comfort at this time.

Dear Cindy and Gabe and family, we are so sorry for your loss. Our thoughts are with you at this sad time. Ali Mindel and Ron Roza

Dearest Schafer Family: I want to give my condolences of the passing of Cliff. I am so very honored to have been one of his many friends over the past 35 plus years. He was a very kind, and wonderful person, with a very kind soul. Thank you Cliff, for being my friend. I will always remember of cherish our friendship.

To Cliff's Family. My sincere condolences to you. As a volunteer, I met Cliff at the Senior Residence where he was residing. He was always friendly, polite and such a nice guy. So sorry for your loss.

Dear Sheldon and family Our condolences on the passing of Clifford. I do remember him quite well even though it has been a long time since I have seen him. Sharon and Peter Luks

Dear Eve and family Our deepest sympathies. Elaine and Syd

Dear Eve and family, Our sincere condolences on the loss of your beloved son, brother and Uncle. Although we didn’t know Cliff we heard he was a kind and caring person. We hope that all the memories you shared together will help sustain you during this most difficult time. Carole and Ricky Steinberg

Alicia and Randy Sinukoff - 9 days ago

We were so very sorry hear about Cliff’s passing. Losing a family member is always difficult. We hope the good memories you have of him will help you through this difficult time

Extremely sad news. I have vivid memories from my childhood of Cliffie as a very sweet kid. Impossibly hard to imagine him dead. Most heartfelt condolences to the Schaefer family from myself, my sister Lynne, & my parents, Sarah & Dave.

Cindy, I am so sorry for the sad, untimely loss of Cliff. Deepest sympathies to you and your family.

Cliff was always friendly and cheerful, and it was a pleasure to know him. His family has my deepest sympathy.

My sincere condolences to Clifford's Family. In my mind's eye, I can clearly see Clifford from my days at Wagar High. May he Rest in Peace.

We were so sorry to hear this. Hugs to you and the family. In fact, hugs to everyone, we could all use them.

My brother Alan was friends with Clifford since they were children. Clifford was loyal, dedicated, and fun-loving. Condolences to all his friends and family.

I’ve known Cliff for as long as I’ve known you, Steve which is over 56 years. Although I hadn’t seen him in many years, I only have fond memories of him, his unique smile and brave outlook on life. Our deepest condolences to the entire Schafer family. 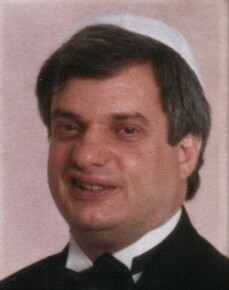 On Saturday, January 14, 2023. Cherished son of Eve and the late Lou. Loving brother and brother-in-law of Steve and Melissa, Sheldon and Jill, Cindy and Gabe. Wonderful uncle of Benjamin and Marija, Noah, Abby and Kevin, Audrey, Sam, and Jesse. Cliff was an exceptionally devoted son, always there for his family and friends, an eternal optimist, a unique and joyful person, and, as it turns out, tough as nails and brave as can be. A private graveside service took place on Tuesday, January 17. The family wishes to observe the shiva in the strictest of privacy. Contributions in Cliff’s memory may be made to the Cancer Research Fund c/o the Jewish General Hospital Foundation, (514) 340-8251.