Dear Shirley and family, I have tried three times to contact you by phone to express my condolences on the passing of Bernie. I also emailed you, but I was unable to reach you by either means. I felt that I wanted to give you my more personal sympathies, rather than in this way. Perhaps I had the wrong phone number and email address. So I am writing here instead. Bernie was my good friend and our contacts were through the Shaar Hashomayim Synagogue and the Daled Study Group. We go back a long way and I still remember his father, a little man whom I see in my mind's eye as I am writing this. It was always a pleasure to be with Bernie (as it was with you, Shirley) and I always valued our discussions, especially on Jewish subjects. Bernie was very well versed in Judaism and he was one of my very few friends with whom I could discuss matters of Jewish interest. I remember how disappointed I was when the two of you left Montreal, and I remember with pleasure our visiting you in Palo Alto. Our sages taught us that "a good name is better than precious oils". May it bring you consolation to know that Bernie indeed had a very good name and was liked and respected by everyone who knew him, BDE. Arthur

Dear Shirley & family, My deepest sympathy on the loss of your beloved husband, father & grandfather. He was a dear friend to our family. Sincerely Ethel Phillips

Dr. Cooper was the one who inspired me to pursue an academic career in hematology. He led by example, was a great mentor, had the sharpest mind, and was just plain fun to work with. Condolences to Shirley and family for such a loss.

Dear Shirley and family, Joan, Margo, David and I are sorry to hear of Bernie's passing. I hope that your friends and family are able to comfort all of you at this sad time.

It is with sadness I read about the passing of Dr. Cooper. I cherish many fond memories of Montreal in the early 80's and knowing him when I was a teenager while I was a friend of Stephanie's. He gave me sage advice when I was accepted into Medicine at McGill. He was a very kind man, with a very witty, dry sense of humour. Both he and Mrs. Cooper ( I could never call her Shirley back then ) made me feel like a part of the family. My deepest condolences to the entire family.

Dear Shirley, sincere condolences to you and your family on your great loss. Although I never got to know Bernard his brilliance , achievements and genuine concern for people will live on in the hearts of everyone who was fortunate to have known him. May the memories you treasure be of comfort to you and may he rest in peace. Sincerely, Elsa

Dear Shirley, Geoffrey, Lorne & Stephanie, I remember with great fondness, those fun-filled winter weekends and holidays our families spent in Vermont, so many years ago. I further recall my father’s special bond with Bernie, whom he considered as one of his best and dearest friends. My sincere condolences to you in this time of sorrow. May you be comforted by all the wonderful memories you shared.

Bernie was a man of great compassion, understanding and brilliance. We have missed and still will miss both of you.

Dear Shirley and family, I was very sad to read of your loss. I remember Bernard, when you lived in Montreal, fondly-always helpful, considerate and a good host. All my condolences. May his memory be for a blessing. Love, Raymonde

Ralph and Irene Green - 12 days ago

Of the many colleagues of stature that I have had the privilege of knowing, Bernie Cooper stands high. A brilliant and insightful yet modest scientist, Bernie had the capacity to inspire the people with whom he interacted. Discussing a scientific topic or a clinical patient problem with Bernib always refreshing and enlightening. Heartfelt condolences to you, Shirley and your family.

Dear Cooper family, my sympathies to you on the loss of beloved Dr. B. Cooper. I worked for Dr. Cooper from 1988-1990 and it was a pleasure and honor to work with him. He was an amazing individual and will be missed.

Dear Stephanie I remember your father very well .. he was a kind gentle person . My sincere condolences to you , your mother , and family . Natalie

Dear Shirley and family, Please accept my sincere and heartfelt condolences on your loss of your husband, father and grandfather. Bernie was an extra-ordinary teacher, mentor, scientist and clinician. His deep intellect and dry wit will remain as strong memories for his colleagues and students. He will be missed by many. May his memory be a source of consolation to your family and us all. Abe

Bernie Cooper was a brilliant man, a wonderful mentor and an exceptional mensch. I always considered him my principal mentor in hematology, and throughout my career have often quoted the many wise things he said to me. I have missed him ever since he left Montreal. My deepest condolences to Shirley and to the children and grandchildren.

Dear Shirley, I wish to extend my condolences to you and your family on the passing of your dear husband Bernie. I have such fond memories of both of you from the many family simchas we celebrated during your years in Montreal. My fondest wish is that you be comforted by all your happy memories. Fondly, Dorothy Greenberg Lackstone

Dear Shirley and family, Bernie was a very special person and it was a privilege to have him as a mentor and a friend. The world has lost an intellectual giant and a probing mind. May you all be spared further solace and take strength in your many memories of an exceptional man. Linda and I extend to you our most sincere condolences. 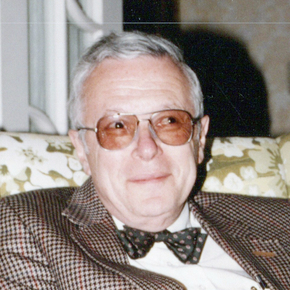 Passed away on November 10, 2022, in Palo Alto California, after an almost twenty year battle with Parkinson's Disease at the age of 94. He is survived by his wife of 68 years, Shirley Cooper; his children, Lorne, Geoffrey and Stephanie; his six grandchildren; and by two great-grandchildren. Son of the late Hyman and the late Estelle Cooper. Bernie and Shirley Cooper were life-long members of Congregation Shaar Hashomayim in Westmount until they retired to California, as were Bernie’s parents, Hyman and Estelle Cooper, and his sister, Celia and her husband Lou Miller. Dr. Cooper was a gold-medal graduate of McGill University, then McGill Medical School. He interned at Johns Hopkins, and did postgraduate research at the Thorndike Institute of Harvard Medical School. Returning to Montreal, he became a full professor in both Physiology and Hematology at McGill Medical school, where his research contributed to the treatments of leukemia, and he was part of the team that conducted the first bone marrow transplant for treating Leukemia in Canada. Even in academics, he was always a doctor and consultant to the many members of the family, as we dealt with medical problems, simple or severe, to ourselves, our parents, and our children. At the age of 65, he retired from academics and took up a medical practice in California, where
he practiced for ten years, specializing in Oncology. He was a loving husband, father and grandfather, and he will be missed.

Leave a condolence for Dr. Bernard A. Cooper