Dear Adine and family, My deepest condolences on the passing of your beloved Uncle. May you be comforted by your memories, and may you be spared further sorrow. My thoughts are with you at this sad time. Rhona Levitan

Dear Renee and family. So sorry to learn about the passing of your beloved Uncle. Thinking about you and sending our deepest condolences.

To Tonton's family, My condolences to all of you on the loss of your uncle and greatuncle. May good memories of him remain as a legacy of this man who endured so much im his life.

Dear Renee Family. Our Deepest Condolences On Your Loss, Cherish The fond Memories,Terri And Eddy

To Tonton Leon’s entire family,my sympathy to you all!Leon was a lucky man to have such a devoted family in his life,who always made sure all was well with him!.He demanded nothing and was always a pleasurable person! May he RIP. Sandy

Dear Adine, Renee and the entire Owieczka family. My deepest sympathy on the loss of your uncle. May you be spared further sorrow. 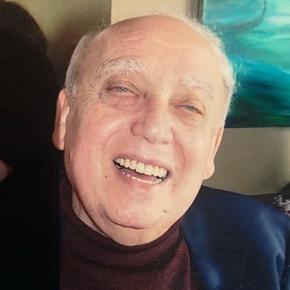 Peacefully, on Friday, January 20, 2023. Devoted son of the late Max and the late Rivka Owieczka. Dear brother and brother-in-law of the late David and the late Madeleine Owieczka. Dearest Tonton (uncle) of Renee and Howard, Adine and Earl, Marc and Kimberley. Great-uncle to Emilie and Arthur; Brittany, Maddie; Sydney, and Liza. Leon will be sadly missed by his many friends and family in Montreal, Belgium, and Israel. Special thanks to the doctors, nurses, and staff of the Donald Berman Jewish Eldercare Centre and St. Mary’s Hospital for their kindness and devotion.

Leave a condolence for Leon Owieczka