So sorry for your loss. Harvey and Celia Goodman

To all who loved Arnie. My condolences. May wonderful memories help you through this difficult time. May he forever be in your hearts

My condolences to all family, Lac Camachigama will never forget Arnie. Way, Way up North passed the reservoir was a fishing camp run by an outfitter Louis Lafond. 1980-81 app, Arnie and David, and company, caught more fish than any person on that trip. Our group of 5 , happened to be there , when his group arrived. We all had a great 4 - days.. great fishing as always.. but I will never forget the spirit in us all . That Island was happy to have us . Every time I returned I always thought of that group, and certain members of our group, and how we enjoyed ourselves. My last trip there over a decade later with my import partner was a lasting memory . R.I.P, Arnie.

Dear Beth & family, My condolences on the passing of your dear brother Arnie. May you know no more sorrow.

Dear Beth and Jerry, My deepest sympathies for the loss of Arnold as well as the suffering he sustained. sincerely, Elaine

To all my beautiful Fishman cousins - I send you all my most sincere condolences on the loss of your brother, father, and husband. It's been so long since I've seen Arnie (and many of you). Yet the words that were shared at his funeral seemed to bring alive his spirit and what Arnie was all about. The Fishmans (all of you) seem to have a Superpower of love and generosity. I know that Arnie was a great big contributor and embodiment of that. I'm quite sure he won't be forgotten. With love, cousin Eileen

Dear Gary,Beth, Penny,Jeff, Ivan and Malcolm, Sheldon and I were deeply saddened to read of Arnie’s passing. May you find comfort in his memory. Warmest wishes, Cheryl and Sheldon

I was so saddened to hear about arni. Please accept my deepest sympathies at this time. He was my cousin and I have so many memories of him while I was growing up. I am thinking about all of you at this time. May his memories be a comfort to you.

Dear Penny, the Fishman and related families, We send our most sincere condolences on the passing of Arnold. We wish you strength and courage in this very difficult time. May his memory be a blessing. Sylvia and Morris

Dear Garry and Beth and Fishman family. I was so sorry to read about the passing of your dear brother Arnie. Sending our heartfelt condolences. Xo Laurie and Brian

Dear Garry and Family: We send you our deepest sympathies on the loss of your brother. May good memories remain with you always.

Dear Beth and Fishman family, Sending you heartfelt condolences on the death of your beloved brother. People may leave our lives yet their memories live in our hearts forever. Fondly, Corrie & Andy

my deepest sympathies to the family. Arnie took me under his wing when I started my business and always went out of his way to help me . I remember Wednesday's at the "SHvitz" with all the boys . Arnie will always have a place in my heart .

Dear Ivan and family; My sincerest condolences on your loss. May only good memories help you through this difficult time. No more sorrow. MORT BESNER

Dear Fishman family, Michael & I were very sad when we heard of Arnies passing. although it has been many years,we have such fond memories of good times shared..Please accept our deepest sympathy

Dear Helene, Ronnie and the entire Fishman family: My deepest condolences to you on the loss of your cousin Arnold. May good memories help to sustain you during this difficult time.

Dear Beth and family, I am so sorry to hear about the passing of your brother. My deepest condolences.

Dear Fishman Family, On behalf of Brian, our family and my mom Ida, we extend our heartfelt condolences to the entire family. May your individual and collective memories of Arnie give you comfort and strength. Our thoughts are with you during this difficult time.

Dear Beth and the entire Fishman family, please accept my deepest condolences on your loss. I remember Arnie from the restaurant next door to my parents store.

A DEAR FRIEND of many years ago has passed away.As a couple we travelled with Arnie And Janice on many occasions.We suppered with them in MONTREAL.As well I did business with a TRUE GENTELMAN and FRIEND.PERSONALLY even though I haven’t seen Arnie in many a year gone by it surely hurt me to read his obituary.Rest pease fully my FRIEND

Dear Beth, Gerry & family, Please accept our deepest sympathies on the passing of your cherished brother. May he rest in peace. We are thinking of you at this very difficult time, may yo be spared further sorrow. Pauline & Mitchell Rosenberg

Dear Fishman family, Penny, Ivan, Garry, Jeffrey, Malcomb, Beth and families, our sincere condolences to all of you on the loss of your brother ARNOLD our cousin, take comfort in the memories he left with you, our hearts and thoughts are with you, with deepest sympathy, THELMA AND NAT

Dear Garry and family, Deepest condolences on your loss. Being far away makes a difficult time even harder. My thoughts are with you right now, Shelley

I’m sending my sincere condolences to the entire Fishman family. May all your shared memories help you through this most difficult time and may you be spared further sorrows. Pearl

Dear Garry and family, Please accept my deepest sympathies on the recent loss of your brother,

Dear Penny. Please accept our deepest condolences on the loss of your beloved brother. Our thoughts are with you at this very sad and difficult time.

Dear Gary & family My deepest condolences on the loss of your brother. May you find strength in all your good memories Cheryl Liederman Vockathaler

Dear Beth, Jerry and Families. We are sending our sincere condolences on the passing of your dear brother Arnie. May you know no more sorrow. Bernice & Elie Elias

Heartfelt condolences to the entire Fishman Family. Our connection goes back so many years, as our mothers, Ida & Ruthy were best friends as children. Those we love don't go away, they walk beside us every day. Unseen, unheard, but always near, still loved, still missed, and forever dear.

Garry and family Sending you my sincerest ccondolences on the loss of your brother. May his memory be a blessing

What a pleasure it was to deal with Arnie decades ago when I was selling fabrics! May his memory bring smiles.

Our sincere condolences, we are so sorry for your loss. Always thinking of you and your family.

To Glen ,Malcolm ,and the entire Fishman Family .My sincerest condolences on the loss of your Dad ,and brother ,and Family member .I am so sorry for your loss .Arnie will be truly missed by all who knew him

Dear Gary and family, Please accept my deepest sympathies on the loss of your brother, Arnie.

Dear Beth and Family, please accept our deepest condolences on the loss of your dear brother. We are thinking of you at this sad time Bonnie and Bruce

Dear Fishman Family please accept my heartfelt condolences on the passing of your brother. Rhonda Rabinowitz and family

Our sincere sympathy to the Fishman family on the loss of Arnie.

Dear Penny, I am sorry to learn of your loss and wish you and your family comfort during this difficult time. Laya Feldman

Dear Beth,Jerry &Family , my deepest condolences on your Loss. BDE

I am Arnold’s brother Malcolm’s very good friend and my heart goes out to your family right now as I know what it feels like to lose someone you love who was dear to us. Death is hard for the living, but I do believe in the afterlife very much. I believe he’s in a better place with God and Angels. God protect all of you who were close to him and bring comfort and peace to you now. Rest In Peace Arnold. God has you now in his Heavenly Kingdom.

My sincere condolence for the loss of your beloved husband and father. May he rest in peace and watch over you for ever more.

Dear Penny, I am so sorry for the loss of your dear brother. My condolences to you and your family. Sincerely, Betty

Dear Fishman Family, our deepest sympathies on the loss of Arnie. We are thinking of you at this sad time💕

Our dearest Beth and Jerry and family,we are sending our very deepest most heartfelt sympathy on the loss of your brother…. Our hearts and thoughts are with you.so sorry for your loss xo

Dear Penny and Fishman Family, my deepest condolences for your loss. May you know of no more sorrow. Pat Libman

Dear Claudette, Glen and Lisa and Mr, Johnathan, I was sorry to hear and know to read of the passing of Your father and loved one. I can see it and remember well the Suppers I had with Mr Fishman when I was In to visit Montreal. Au Revoir Mon Ami, Mr. Arnold Fishman will be missed. A Great Man Joseph A ,Hymovitch Scottsdale,Arizona

Dear Beth, Penny and all your siblings, Sincere condolences on the passing of Arnie, The closeness of the Fishman siblings was always something to admire. May you be comforted by the many wonderful memories you now have to cherish.

Dear Claudette, Jonathan, Glen and the whole Fishman family. I was so saddened to hear the news of Arnie passing. My mom loved him dearly and I have such fond memories of what a wonderful, generous and kind person Annie was. May all the cherished memories bring a smile to your face and warmth to your heart during this difficult time.

Dearest Fishman family, My deepest condolences of the loss of Arnie. May he rest in peace. Leslie.

Dear Claudette, Glen , Jonathan and family, sending my deepest condolences. May the fond memories you have of Arnie bring you comfort during this difficult time. My cousin Arnie was a very kind and generous man. He would do anything for his family. Helene & Ronnie 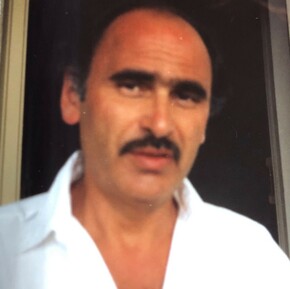 Peacefully, on Monday, July 19, 2021, at the age of seventy-eight. Beloved husband of the late Janice Kowalski and special companion to Claudette Sylvestre. Treasured father and father-in-law of Glen and Lisa, and Jonathan. Dear brother and brother-in-law of Penny and the late Julian Wiesenthal, Ivan and Mary, Jeffrey and Melba, Garry and Linda, Malcolm, Beth and Jerry Cytryn; and brother-in-law of Connie and Bill Kent, and Helen Fortier. Son of the late Ruth and the late Moe Fishman, and son-in-law of the late Fran and the late Eugene Kowalski, and the late Alice Sylvestre. Special uncle and great-uncle to his many nieces and nephews. He will be deeply missed by his aunts, uncles, and cousins. Arnie was the oldest of seven children and will be lovingly remembered as a true force of nature who always put family above all else. Sincere gratitude to the staff of Residence Sorel-Tracy for their special care and devotion. A graveside service for close friends and family will be held. Shiva private. Contributions in his memory may be made to the Alzheimer Society of Montreal, (514) 369-0800 or to the Alzheimer Groupe, (A.G.I.), (514) 485-7233.

Leave a condolence for Arnold Fishman