Dear Gil, I'm so sorry to hear of the passing of your mother. May she rest in peace and her memory be a blessing and a comfort.

Dear Gil, my sincerest condolences on the loss of your mother. May she Rest In peace. Warren

To the Kaplansky Family, So sorry to hear of your Mothers passing. I have wonderful memories of both your parents and my Mother and Father's relationship with your family, all those years ago. Especially the Pioneer Woman connection, and the meetings. Your Mother always had a smile and always a joy in her voice. My sincere condolences.

Dear Lorraine and family, My heartfelt condolence for the loss of your mother-in-law.May the wonderful memories be of comfort.. Rhoda

My deepest condolences on the loss of a very special person. Lea had a special place in my heart, as she was a close friend of my parents (Helen & Moishe Katz). I will never forget how Lea (and Eddy) supported us when my mother passed away. May her memory be a blessing to all who knew her - she will be missed.

To the family, so sorry for your loss. Lea and Eddy were wonderful friends to my parents Moishe and Helen Katz z"l and they were so very kind to my brother David and me especially at our time of sorrow. May her memory bless you.

To Lea’s family accept my sincere condolences on her passing. I was lucky enough to get to know Lea through her sister Shimona. A very nice person who will be greatly missed. Emy.

Dear Danny & Lorraine and family-Sincere condolences on the loss of Lea. I know how devoted you all were to her and how happy her life with you and your children were.

Dear Miriam, So sorry to hear of the loss of your beloved sister-in-law Lea,she was in every sense of the word a special lady.May she rest in peace.

Dear Lorraine & family With my deepest condolences on the passing of your beloved mother-in-law. Thinking of you at this time. Fondly, Marilyn

Dear Lorraine. My heartfelt condolences to you and your family. Keep all your fond memories close to your heart.

Dear Miriam and extended family, With our sincere sympathy on the passing of your sister in law and aunt. For many years I would see Lea taking part in activities at the Cummings Centre and at Century Village ,always smiling and enjoying herself. May you know no more sorrow. Sheila & Bernie

Dear Gil & family, My sincere condolences on the passing of your mom Michael

Gil , so sorry to read this. Please accept my sincere condolences

Dear Danny, Gilly & Daphna, Very sorry to hear about your Mom's passing. I have fond memories of her teaching us Hebrew, and playing in your house on Allen Ave. May her memories live on in your hearts forever. BDH

Dear Lorraine & family, Please accept my deepest condolences on the loss of your very special Matriarch.

Dear Danny, Lorraine and Family, your mother sounds like she was a very special lady. Morley and I send our deepest sympathy to you all at this sad time.. most sincerely, Rona

Dear Miriam, So sorry to read that your sister Lea has passed. We are thinking of you at this sad time. Beverly

To Lea's Family, I am very saddened to learn of Lea's passing. We were good friends in Century Village, happy to see one another as each season approached. She enjoyed doing so many activities & often asked me to join her. What a lovely lady. She will be missed by many people in CVE. May the family be comforted as the mourners of Zion & Jerusalem & suffer no more sorrows.

Dear Family: We are so sorry to hear of Lea's passing. Our deepest sympathy and condolences to all of you. Sheila & Gerry

My deepest sympathy to Lea's family. I have fond memories of Shimona's sister and she will be missed by all who knew her. Beatrice Levine

Dear Kaplansky family, My deepest sympathy to you all on the loss of this exceptional woman. Remembering her as family loving, independent sociable and always smiling, always happy. May she rest in peace.

Dear Miriam. On behalf of the Folk Shule graduating class of 1952 I extend to you our heartfelt sympathy on the passing of your sister-in-law. May her memory be a blessing

Dear Miriam and family. We’re sending you our sincerest condolences on the loss of your sister-in-law. Evie and Irving

Dear Lorraine ,Danny and Family,Allan and I send our condolences to you at this sad time.May you know no more sorrow and May Lea Rest In Peace. Warmly,Franceen

Dear Miriam; I'm so sorry to learn the sad news that Lea had died, and want to express my sympathy to you and your family on your loss.

So Sorry Gil to hear about the loss of your mother . I wish i had great words of comfort and wisdom, but we both know that only time will heal the pain. Suffice it to say that you are not alone on that journey.

Dear Gil and Roslyn My thoughts go out to you and your family on the passing of your dear mother Gil, you are in my thoughts as you deal with your sadness of your loss All the best Cousin SC

Lea was a great friend and loved by many. She will be sadly missed and always remembered.

Dear Danny, Lorraine & Family, My deepest condolences on the loss of your beloved Lea. Keep all your wonderful memories close to your heart.

Dear Lorraine and Family My deepest sympathy on the loss your mother in law We hope you are spared further sorrow. Susan Wolfe

Dear Danny, Lorraine and family, Our deepest condolences to your loss. We are thinking of you at this difficult time. Nancy & Donny 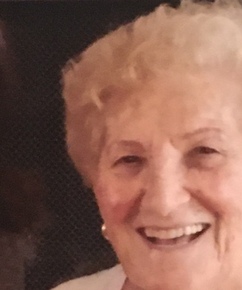 Lea passed away peacefully in her 96th year on Sunday, November 21, 2021. Devoted wife of the late Yedidia "Eddy" Kaplansky. Cherished mother and mother-in-law of Daphna and Frank Lederman (Tucson, Arizona), Daniel and Lorraine, Gilead and Roslyn. Loving Savta of Tamara Kaplansky, Gabriel Kaplansky and Sarah Galazzo, and Ilia and Jacob Lopez. Proud Savta-Raba to Rachel and Solomon Anber, Alexia and Hailey Kaplansky, and Francisco Lopez. Daughter of the late Yekutiel Gelman and the late Sonya Swersky. Dear sister and sister-in-law of Shimona and the late Gerry Waldston, the late Eliezer and the late Hanna Gelman, the late Avraham and the late Dvora Gelman, the late Batya and the late Yosef Rapaport. Sister-in-law of Miriam and the late Arthur Levy, the late Dovie and the late Andree Kaplansky. Lea was a beloved aunt, cousin, and friend of many world-wide.
Lea was born in Tel Aviv in 1926. She served in the Israeli army during the war of independence. She met Eddy and got married in Israel in 1949. In Chomedey she taught Hebrew to the next generation. She was a world traveler, made good friends and searched for lost family wherever she went. Lea was loved by all and will be greatly missed.
Private funeral to take place. Contributions in Lea’s memory may be made to the charity of your choice.

Leave a condolence for Lea Kaplansky