Dearest Jason, Walsh N Herscovici families, Our heartfelt condolences on the loss of a kind N gentle soul. She sweet smile will forever shine. May all the beautiful memories give you peace N strength during this very difficult time. May you Rest in Eternal Peace 🕊️ Elaine Y. Lee N Bernard Gurberg

Dear Walsh and Herscovici families, Please accept my deepest sympathies over the loss of Donna. Thinking of you at this sad time. Sue Ellen Gilman

Sending our condolences to all Donna’s family. May all your wonderful memories help you each through this very difficult time. Blessings to each of you 🙏🏻🙏🏻

Our deepest sympathy to all the families. I’m sure she will be missed .RIP Donna🙏

Dear Martina and Suzanne. My condolences to you and you families on the loss of your sister.

Our deepest sympathies to kDonna’s family on the loss of a very special woman, everyone who knew her felt her warmth, kindness and love. She will be greatly missed. Rest In Peace our dear sister-in-law and friend. Beverley and Lawrence and family ❤️

Dear Walsh and Herscovici families, please accept my condolences on the loss of Donna. I used to see her when she visited her husband George at Maimonides. I knew her before for many years. She always stopped at Reception to say hi, and I really got to know her better. At least now she is no longer suffering. Rest In Peace, my dear friend.

I’m terribly saddened by this tragic news, the loss of a longtime friend that was like a sister to me, My prayers and condolences to all Families and mostly to Her son who Lost a good and loving mother way too soon that loved and adored Him, you’ll never be too far from my thoughts my Dear Donna Love you and will miss you always, God speed my beautiful friend on to your journey you’re never alone…..

To Donna’s family, I was terribly saddened to learn of Donna’s passing at such a young age. I got to know her in my role as admissions officer at Maimonides where, in her gentle way, she made sure George was well taken care of. Donna was a beautiful soul, and I will miss her. No more sorrow. Warmly, Tracey

Dear Robyn, Richard, Julia & Jake, , Our very deepest sympathies to you and the entire family on the untimely passing of Dear Donna. Donna was always so hospitable and kind every time we came to their home in Beaconsfield. May her memory and past memories sustain all of you at this very sad time,

Dear Family, sending you my sincerest sympathy on your loss of Donna! I had seen her many times while visiting George and know how caring and present she was all the years he was ill! RIP, Barbara

I visited George every week and met Donna several times. She was a good wife and a beautiful person. I always enjoyed seeing her. My deepest sympathies to the entire family. Buddy Manis

Dear Walsh family, We have known Donna since Douglastown and have had the pleasure of having her in our lives for many many years. She will always be remembered and we will will cherish the many laughs and moments we shared with her. She is a great soul and a truly beautiful person that we are grateful to have had with us throughout this journey we call life. We love you Donna from Alison, Martin and your buddy Marina..keep watch over us and hope to see you again one day. Love always and forever….funny lady xo 😘 Our deepest sympathies, The Blanchette family 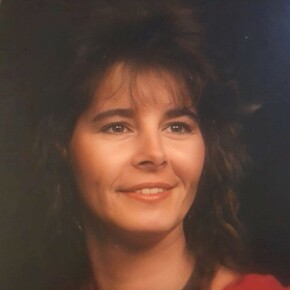 It is with heavy hearts and profound sadness that the family of Donna Herscovici announces her peaceful passing on Tuesday, January 3, 2023, at the age of sixty-six. Beloved wife and best friend of the late George Herscovici. Devoted mother and mother-in-law of Jason Herscovici, Robyn and Richard Zuckernick, Bruce Herscovici and Tara McCarville, and Carrie Herscovici Costello. Cherished grandmother of Julia, and Jake Zuckernick; Rachel, Devon, Hannah, and Avery Herscovici. Proud great-grandmother of Sorin Rohr. Loving sister and sister-in-law of Alice Walsh and Terry Kennedy, Martina Walsh and Johnny Maziro, Suzanne Walsh and Dominic Aloi, Sharon Walsh and Gilbert Boucher, Roddy Walsh, Brenton Walsh and Diane Therrien, Lucy Lopaz and the late Leonard Walsh, the late Rickie Walsh. Dear sister-in-law of Lawrence and Beverly Herscovici, and the late Seymour Herscovici. Donna will be deeply missed by her nieces, nephews, cousins, extended family, and friends. She will be lovingly remembered by all those whose lives she touched. Special thanks to her CLSC nurse Ginette, as well as the doctors, nurses, staff, and volunteers at the Royal Victoria Hospital and Maison de soins palliatifs Source Bleue.