Dear Sandi, I am so very sad to read of your mother's passing. As my late mother's closest friend during my teenage and early adult years, Gizi held a special place in my heart. I remember how devastated she was when my mother died so young. Looking at this beautiful photo, I fondly remember her radiant smile and the warmth she emanated. I do hope that there is some realm of afterlife, and that our mothers are together again. Sending you much love during this difficult time.

So sorry to hear of Gisele's passing. She was a good friend and will be sadly missed. Wishing Sandi and the family "Long Life" Fondly Sheila

Dear Sandi My deepest sympathy in your sad loss. Your dear mom was my bridge partner for many years at the bridge club before Covid and we went shopping together thereafter. We have lived in the same building for years and also loved playing Rummy Q together. Such a fine lady with such outstanding qualities. My deepest condolences nd I wish you and your family a long life. May your mom's memory be for a blessing and may you be comforted among the mourners of Zion and Jerusalem.

Dear Sandi My condolences to you on the passing of your mother. May you be spared any more sorrow Sincerely Mitchell Guralnick

Dear Sandi. We were sorry to hear about your mom. It has been a long time since we have seen each other but you babysat my son Ryan at a very emotional time for me and I have never forgotten that .Steven and I send our condolences to you at this time and hope the memories your mother left with you help you through the sadness. Debra and steven

Dear Sandi, I remember your mother from the many years that she was a neighbour across the street at the corner house. She was a lovely and firendly woman. My sincere condolences on your loss. Baila Aspler

Sandi, I am so sorry to hear about your mom. I am thinking of you and sending you my deepest condolences.

Sylvia and Charles Serchuk - 10 days ago

Sandi, my sincere condolences on the loss of your mother. May her memory be a blessing.

I had Mrs. Foti as my grade 3 & 4 teacher. I remember her fondly. The books that she read out loud to us in class, remain my favourites to this day. My deepest condolences to her family and friends.

Dear Sandi I am very sorry for your loss.I have fond memories of your parents bring my neighbors.As well my parents knew your parents.Wish you no more sorrows. Susan Stelcner

Sandi, I am very sorry for your loss. I have very fond memories of your mother from childhood. She will be greatly missed. My deepest condolences to you and your family.

Dear Family, I did not know your mother but her obituary caught my eye. She definitely made lemonade out of lemons! a very tough childhood, for sure, but she certainly made the best of what was a daunting childhood. What a brave and amazing woman.... My sympathy and thoughts at this difficult time. Sincerely, Carole Blank 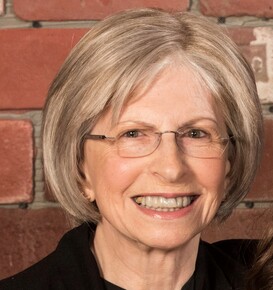 Peacefully and with dignity, on Sunday, January 15, 2023, in her eighty-seventh year, in Toronto. Orphaned at the age of eight, Gisele survived the Holocaust, later recounting the horrors of her experience in her book, "Through the Eyes of a Child", published in 2000. During the Hungarian Revolution in 1956, she fled to Canada, raised a family and worked as a schoolteacher until her retirement in 1991. In 2018, she and other steadfast Survivors successfully prosecuted one of the last living Nazi war criminals. Gisele leaves behind her daughter, Sandi Foti-Tanner, her beloved grandchildren, Michelle Tanner and Kai Tanner, and her cherished niece, Suzanne Ungar.  She will be interred next to her late husband, Andrew Foti, in Montreal, following a private graveside service. Donations in Gisele’s memory may be made to Friends of Simon Wiesenthal Center for Holocaust Studies, 1-866-864-9735.

Leave a condolence for Gisele Foti