Dear Annette, Albert and Suissa Family, Simon and I were deeply saddened to hear of your loss. Our sincere condolences - may all the wonderful memories you have sustain you all at this most difficult time and may you be spared any further sorrow. With our deepest sympathy, Sarah & Simon Revah

Dear Suissa Family, my sincere condolences on the loss of your father, father in law and grandfather. May the memories you have sustain you through these difficult times. B'H Sylvia Lerman

Suissa Family, My deepest condolences to all of you. Keep your great memories close to your heart. May you all be spared any further sorrow.

Dear Gilly and Heidi , Very sorry for your loss , condolences from Randy and Dina

Dear Albert and family sending heartfelt condolences on the passing of your brother Jaky. Thinking of you at this very sad time. Fondly Lila

Gilly and the Suissa family. We are truly sorry to read this. May he Rest In Peace and you all be spared further sorrow. Keep his memory alive with the stories you tell. B”H Mark Heitner and Caroline Cohen 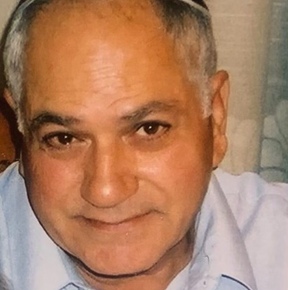 On Tuesday, September 13, 2022. Beloved husband of Annette Hazan. Devoted father and father-in-law of Brigitte Avital Suissa, Gilles Suissa and Heidi Brand, Moshe Micky Suissa and Véronique Amar, and Melissa Esther Suissa. Cherished grandfather of Simon, Natanel, and Melanie Dayan; Sabrina, Coby, and Shayne Suissa; Amanda, Olivia, and Jeremy Suissa. Dear brother and brother-in-law of Albert and the late Rachel Suissa, Armand and the late Bernadette Suissa, Simon and the late Esther Suissa, Dany and Tamar Suissa, Mireille and the late Maurice Cohen, Édmond and Dina Suissa, the late Dédé and the late Raymonde Suissa, the late Gaby and the late Miri Suissa; and brother-in-law of Flora Hazan, and predeceased by his other brothers-in-law and sisters-in-law, Jacob and Ninette Hazan, Michel and Shoshana Hazan, Rachel and Isaac Bitton, Bébert and Denise Hazan, Suzanne and Moshe Amar, and Jacqueline Hazan. Jaky will be deeply missed by his many nieces, nephews, family and all who knew him. Funeral service from Paperman & Sons, 3888 Jean Talon St. W., on Wednesday, September 14 at 1:00 p.m. Burial at the Baron de Hirsch Community Foundation Section, Eternal Gardens Cemetery, Beaconsfield. Shiva at his home. Services at Spanish & Portuguese.

Leave a condolence for Jaky Suissa