Dear Howard , thinking of you and your family during this sad time . David

Lea and Shmuel Nemes - 17 days ago

Dear Jarred, Rena & Family, Our deepest sympathies on the loss of your matriarch. May her memory be a blessing to you all. Thinking of you during this sad time. Lea and Shmuel

Dear Elaine & entire Family.our deepest sympathy on your loss of a wonderful Lady your fun Aunt & many ,many happy memories Sheila & Harry

Dear Howard, Jared, Amanda, and Alix, The picture of Pearl is exactly how we remember her. Treasure your wonderful memories. We are thinking of you during this very sad time.

Eileen and Victor Lumer - 18 days ago

David, Jane, Howard, Amanda,Jared,Alix, Our sincere condolences on the loss of Pearl, your dearMom, mother-in-law and Grandmother. We remember her fondly and what a lovely person she was. May your fond memories comfort you. Eileen and Victor and family

Dear David, Jane and family, please accept our heartfelt condolences on the loss of Pearl. David, we have fond memories of your parents, may they both rest In peace.

Dear Howard, David and families, My sincerest heartfelt condolences on the loss of Pearl. So many unforgettable memories of years gone by with the Lansky and Tkatch families. Rest In Peace, Pearl. Shiffie

Our condolences to Auntie Pearlie's family. She was such a warm , embracing and welcoming person, the last of the Michaels siblings. May all of their memories be for blessing.

Dear David , Jane and entire family My sincere condolences on the loss of your dear Mother Pearl .. She was an amazing lady who I always enjoyed talking to when we were together .. Cherish your memories and may you all be spared from any further sorrow ..

Dear Howard, Jared, Amanda ,Alex and family Our deepest condolences .She will now be at peace with her prescious daughther Ricki We remember Pearl very well from our days upnorth . Hope all the good times and your memories of her will help you through this sad time Sending our love Debbie &Lawrence

Dear David,Jarad Amanda ,Alix, Howard My deepest sympathies on the loss of your mother and grandmother. I have fond memories of Pearl from our Chomedey days, and then reconnecting on the beach at Petit Lac Long . We had many happy conversations there. May you find strength in all your good memories Cheryl & Peter

i extend my deepest sympathy to everyone in the family. Harriet Sandell Schneider

To the Lansky ,Lapkovsky and Micheals families our sincere condolences upon the passing of our matriarch. We experienced Pearl’s beauty , intelligence and graciousness . We were Honoured to know her. May her memory we a blessing. המקום ינחם אתכם בתוך שאר אבלי ציון וירושלים.

Dear Howard and family, I am sending my heartfelt condolences to you and the whole family on the loss of a dear mother and grandmother. May you all be spared any further sorrow. May she now Rest In Peace with her beloved daughter and may her memory be a blessing.

End of an era hoping the next era will leave the same great reputation of the Micheals family.

Dear Howard & Family Please accept our heartfelt condolences on your loss. Thinking about you at this sad time. Arlene & Lenny Sculnick

The end of an era . Sooo many wonderful memories of times together , especially with all the sisters ! Thinking of them all reunited brings a smile to my face . Auntie Pearly will forever be in our hearts . Sending our love to the whole family Ellen & Earl & kids

David & the entire family, My sincerest condolences on the passing of such a wonderful woman. Wow so many memories with the whole family hanging out on Notre Dame. She will be missed

Eileen and Dave Goudy and Family - 19 days ago

This is the end of an era of the Michaels Clan. The sisters and brother were so special in my informative years. My mother loved her family and now they will all be united. Auntie Pearlie say hi to Uncle Irving. We miss all of you. Love the Goudys

Goodbye Auntie Pearl, the last of the Michaels clan of that generation. 💔

Dear David & Jane and family. Our sincere condolences on the passing of your mother and one of our favorite aunts. 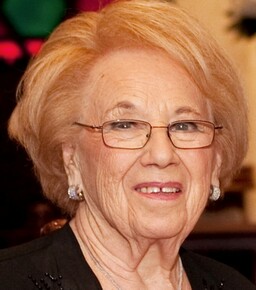 Leave a condolence for Pearl Lansky