My sincere condolences to the Francoeur and extended families. Very sorry for your loss. May her memory be a blessing. Ethel

Dan and Darline Rosenhek - 16 days ago

Dear Francoeur family and Sarah So sorry to her about my cousin Pearl's passing. My heartfelt condolences to the family. best regards Sarah

I am the youngest son of Pearl’s uncle Ruben Agensky, the brother of Pearl’s mother Cherna. I was very young, had infrequent contact and was rarely included or even advised of extended family events; basically I am irrelevant to the extended Francoeur family. I am writing because I do have fond memories of my cousins Carl, Max, Sarah and Pearl, as well as of Cherna, Fishel and Hennie. My heartfelt condolences to the Francoeur and extended families. Her love and her legacy live on in her children and grandchildren and in the memories of her considerable achievements. May they bring pride, satisfaction and comfort in this sad time.

It was so wonderful hearing the beautiful tributes for Pearl at the service this morning and spending time with the family at the shiva. It was an honour for us to share in the celebration of this wonderful and unique life, just as it was an honour for us to be among the many people who were touched and inspired by Pearl during her lifetime. Please accept our sincerest condolences at this time of profound loss. May you be comforted by the many cherished memories you hold. Richard, Celina, Natalia and Julia.

Cleo, Jamie, Frank, Danielle, Shoel and the entire family, We are so sorry for the loss of your dear Grandma and Mother Pearl. After hearing stories from Cleo and listening to the beautiful eulogies today, it is so evident that she was a truly incredible woman of integrity, perseverance, kindness and love . I have fond memories of going swimming with her at her apartment in Côte-Saint-Luc and enjoying bagels together. May memories of her bring you comfort during this difficult time.

Our deepest sympathies on the loss of Pearl, a great woman. May you be comforted among the mourners of Zion and Jerusalem. (Leslie and I are friends of Stephen and Richard, and were included in some events by Millicent and Max.)

John and Sidney Westlake - 18 days ago

Our sincere condolences. May good memories sustain you. No words suffice at these times so just know we are thinking of you.

Dear family. Our deepest condolences to the passing of Pearl. She was a great lady and kind to all. May the good memories keep you going at this very sad time

A fond remembrance of my Auntie Pearl, who was a good friend of my mother Millicent, and who introduced Millicent to Pearl’s brother, Max. 1 Remembrance Tree planted for Auntie Pearl in the Tribute Store.

Lutrecia and John - 18 days ago

Dear Renee and family, Sending love and condolences. Your mom, Pearl, was a treasure to her family and friends. It was always a delight when she came to Prince George for visits..

Dear Family, Our deepest sympathies on the loss of your beloved mother, grandmother and great -grandmother. Pearl was a very special and accomplished woman who had a very devoted and caring family . May her fond memories bring you strength and comfort during this difficult time. Sandy and Danny

My condolences to Alex and Maggie and to all of Pearl’s family. So many fond memories to cherish, but what I’ll enjoy most is her delightful laugh.

Dearest Danielle, Cleo, Frank & family, Please accept our heartfelt condolences on the loss of Pearl. Her obituary highlights a life filled with challenges that she overcame and ultimately thrived beyond. She was a pioneer, a fighter, a survivor and an adventurer. She left huge legacy of love has in her wake. May you all bask in that legacy and be lifted on her wings going forward. Gina & Michael

Grandma Pearl was pretty special. The grandchildren always had a special and huge place in her heart. I will always appreciate the attention she gave them with often very generous gifts. By the way our boys were extremely upset and saddened as her condition brought her closer to the end was a major statement to how they loved her as well. We were all richer to have had her in our lives

Dearest Alex, Maggie, David, Jenny Rose and Marc. Love and condolences at your time of loss and may you find comfort in your memories.

My condolences to the family. I remember Professor Francoeur from the Education faculty at McGill. She was a kind woman. Interesting to me is that her father may have helped form the ILGWU, of which my father was a member. May you have many good memories of her.

Auntie Pearl was truly a unique individual. She fought hard to get an education and was a life-long learner and career woman, while raising five children. She cared deeply about making the world a better place for everyone. Pearl was close to my father, Carl, and I remember fondly spending time with Pearl and Marc at their summer cottage and including her in many family celebrations. My condolences to the Francoeur family at this sad time.

Pearl was always such a kind, warm, and encouraging presence. She cared deeply about family, and was always looking for ways to bring us all together. She will be sorely missed.

Dear Family I was a former student of St Joseph teachers college . This picture of your mom took me back 50 years ago . Sincere condolences. Both your parents were amazing teachers . You were blessed to have had her so long . Candi Boroff Shatilla

Sincere condolences to the entire family. Pearl was a caring friend and neighbour to my late mother, Dyna and an inspiration to me. May her memory be for a blessing.

Dear extended Family Francoeur, I am so very sorry to read about Pearl's passing. Many decades have passed since I spent time with Michelle and her children but I remember how very special her mother was. Deepest condolences from Susan, Gary, Sheena, Adam, Blake and Payton on your families loss of a magnificant woman. May her name be for a blessing.

Dear Francoeur Family and Sarah Hornstein, Please accept my sincere condolences on the passing of Pearl Francoeur. Pearl’s mother Cherna and my mother Henia were sisters. Sorry for your loss. Cousin Frances Shames

I was one of her students at Adath Israel and remember her well. Reading about her life and accomplishments is truly an inspiration. May the entire family be spared further sorrow. BDE.

Lenny and Joanne - 19 days ago

Dear Dani and family, We are truly sorry for your loss. Your mom was an exceptional women indeed. Our thoughts are with you in this time of sorrow.

Knowing Pearl for the last three years was a true gift. Pearl was sharp, tech savvy, and the most determined woman I have ever met. She was lucky to have devoted children, and grandchildren that did not leave her side. Please find comfort in memories of all the good times.

I would like to extend my sincere condolences to the entire family.

Pearl, my aunt, was an inspiration to everyone who knew her. She was a career woman and incredible achiever, long before most woman were, along with bringing up a family of 5 children. She wrote a wonderful memoir, which gave me great insight into my father (her brother) and the family. She was passionate, dedicated and inspiring to her family members and her many students.

to the Francoeur Family....my deepest condolences on the passing of Pearl. She was in our Red Hat chapter and she was a lovely lady. May her memory be a blessing. Gail.

Pearl was my beloved aunt. She accepted me into her home from an early age. I loved joining her children at their summer cottage. Later on, she was my mentor as I embarked on a teaching career. She eventually was my science professor at McGill and I instilled in my students a love of science. Her legacy lives on in her grandchildren and great-grandchildren. 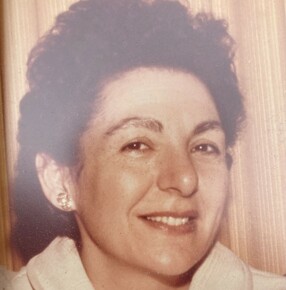 Dr. Pearl Francoeur (nee Goldman) died peacefully on July 23, 2022 at the age of 95. A life-long Montrealer, she was the daughter of Frank and Gene Goldman. She was predeceased by her beloved husband Marc Francoeur and her two brothers, Max (Millicent) and Carl (Jenny). Left to grieve are her sister Sarah Hornstein, her five children, Ann-Michele, Danielle (Shoel), Andree, Alex (Maggie) and Renee, 12 grandchildren and 13 great-grandchildren.

Pearl had a M.Sc. from McGill (Biochemistry, 1950) then took a few years off and raise 5 children. When her youngest was in kindergarten she rejoined the work force to teach secondary sciences at Adath Israel for several years. Subsequently, she taught at St. Joseph’s Teacher’s College until it merged with the newly formed Education Department at McGill University’s new site on the downtown campus. With 5 teenagers at school, she did a second M.Sc. (Organic Chemistry) and a Ph.D. (Education, 1984) at University of Montreal while still grieving the loss of her dear husband and working full time. As Associate Professor of education she taught methodology to secondary science education students for many years. She best enjoyed supervisory visits for students teaching chemistry, biology, and general science in high schools in the greater Montreal area.

Pearl grew up in Yiddish-speaking Jewish family with strong social values. Her mom collected clothing from Montreal companies to sell to raise money for worthy causes. Her dad was a life-long communist who helped to unionize Montreal textile workers. Pearl was a loving wife, parent, grandmother, and great-grandmother. She was the flying grandmother for years travelling to spend holidays with her family in western Canada. She formed strong relationships with every member of the family.

Throughout her life Pearl read widely, including the daily newspaper, and was well-versed in global current events. In recent years, at the Selection Vista, she attended numerous activities and particularly enjoyed the musical events. Pearl had a strong sense of ethics and charity. She donated regularly to numerous national and international charities. She was concerned that to make the world a better place we all had to make an effort to work collectively. Pearl believed in teaching tolerance towards all humanity regardless of ethnicity or religion. Her mind was clear until her dying day. She was an inspiration to all; an excellent role model and guiding light. She will be sorely missed. May her memory be a blessing.

Leave a condolence for Pearl Francoeur