Dear Maguy and Family, We were so sorry to learn that your had lost your beautiful mother. I know how close your family is and hope you will draw comfort from being together. Please accept our deepest sympathy. Hildie and Ray Gossack

Dear Malka Family, Rachel was a exceptional woman, a classic, she will be greatly missed, my condolences

Dear Albert, Maggie, Lisette, Sylvain and family Our deepest condolences on the loss of your beautiful mother family. May the family know no further sorrow . With love, Roslyn, Karen and Jimmy Indig

Dear Stella, Al, Jon, Kellie and family. Sending you my deepest heartfelt sympathies on the loss of your beloved mother and grandmother. May her memory be a blessing, and may you be spared any further sorrow. sincerely, Rona (donna's friend)

Dear Albert & family all our condolences from the Elbaz family. Her big heart and generosity will surely be missed.

So Sorry for your loss - My Deepest Condolences to the family—

My sincere condolences to the whole Malka family. I grew up around you all and love u like family. She will be dearly missed and fondly remembered by all of us.

Dear Maryse and Malka Family, My deepest condolences on the passing of your mother. She was a lovely lady who certainly instilled the value of family and goodness to her children. Maryse, I saw how devoted you were, caring for her with pure love. May you all be comforted with treasured memories that will sustain you.

My deepest sympathies on the loss of your beautiful mom. I have most wonderful memories of both your parents….May she rest in peace

To Albert and Family, May your fond memories help you through this difficult time. Deepest condolences.

Dear Malka Family. My deepest sympathy to all of you on your loss. I hope that a lifetime of wonderful memories will give you comfort in this difficult time.

To the Malka Family: On behalf of the Administration and Board of Directors, please accept our most sincere condolences on the passing of your Matriarch. May you be spared further sorrow.

Dearest Malka family, so sorry for the loss of your beautiful Mother, Grandmother, Aunt and cousin. She was always the life of every room she entered. Her laughter and beautiful smile will always be remembered. Please accept our deepest condolences during this very difficult time. Jean Madar & Nancy Nicolas

Myriam and Paul Teboul - 25 days ago

Sincere condolences Paul and I feel for you Stella as well as for the rest of the family. May she Rest In Peace and watch over you.

Dear Maryse, My deepest sympathy to you and your family.

Dear Stella and Maryse, My sincere sympathies to you all on the loss of your mom. May your beautiful memories sustain you during this most difficult time. DLallouz

Our deepest condolences to the Malka family. Wishing you all the strength in this difficult time. Maury & Jenifer

Dear Malka family, I want to extend my heartfelt condolences to all of you. Your mom was a beautiful and special lady with a heart of gold. She had a gift to make you feel like a part of her family instantly! She will remain in our hearts forever.

Dear Albert and Maguy, Lisette, Stella and family, My deepest sympathy on the passing of your Mother. May her memory bring you comfort, Nancy

Dear Maguy and family. Please accept my deepest condolences on the loss of your mother. Kathy Shtull

Dear Albert and Family. Sincere condolences to you and your family on the loss of your beloved mother . May the memories of her remain as lasting comfort to the family. John Kovac

Dear Albert & Maguy, Entire Weizman & Malka families: My deepest condolences on the sad loss of your beloved Rachel. My memories of her were always seeing a stylish, well dressed, well groomed lady who was the Matriarch of your family. You all showed incredible respect & total devotion in her care. May G-d give you all health and strength during this sad time. May you be spared further sorrow. Sincerely, Arlene G. Rosen

Dear Malka Family, We are sorry to hear the passing away of beautiful Rachel zl. We share your grief and know that her soul will watch over you from heaven. Baruch Dayan Ha'emeth. Rachel and Ralph Lallouz 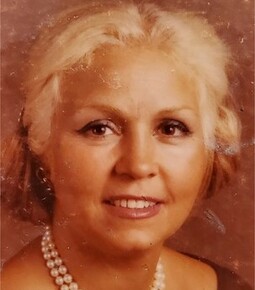 On Sunday, July 17, 2022. Beloved wife of the late David Malka. Devoted mother and mother-in-law of Albert and Maguy Malka, Lisette and Sylvain Weizman, Stella and Albert Harvy, the late Paul Malka, Ben Malka and Anita Jansens, Maryse Malka, and the late Jerry Malka (Michelle).  Cherished ‘Mamie’ of Dan, Stephan, Gabriel, Raquel, Shay, Arie, Miriam, Jonathan, Robert, Patrick, Natasha, Julian, Brittany, and Julian.  Proud great-grandmother of Juliana, Jessica, Alexia, Isaac, Nathan, Melissa, and Vanessa.  Predeceased by her brothers, Joseph, Élie, Simon and Nissim Dahan. Rachel will be sadly missed by her nieces, nephews, family, friends, and all of those whose lives she touched. The family would like to thank Rachel’s caregivers for their loving care and devotion. Special thanks to Marys, Lisette, and Stella. Funeral service from Paperman & Sons, 3888 Jean Talon St. W., on Tuesday, July 19 at 3:00 p.m. Burial at the Spanish & Portuguese Congregation Cemetery, 1250 ch. de la Forêt. Shiva at her home. Donations in Rachel’s memory may be made to Migdal Ohr Canada, (514) 342-2228.

Leave a condolence for Rachel Malka