Sincere condolences to family of Jerry we were kids together at camp Bayview Fond memories …. May the family be spared further sorrow

Dear family, I am so saddened to hear this news. My condolences to your families as you get through the days and weeks ahead. I’m a Pine Valley “kid” from the 60s, and my friendship with Lloyd as well as Jerry and Steve are memories of a lifetime!

Dear Linda and family, We were saddened to read of your brother's passing. He sounds like a wonderful person. May his memory be for a blessing. Norma and Marty

Thomas Kohn - about 1 month ago

My sincere condolences to the entire Arshinoff family on the loss of Jerry. He was an honest, reliable , trustworthy and entertaining friend. He did much good for many. On a personal note: When I was studying in France, my mother received a letter from the University of Calgary Medical School asking me to come for an interview. She didn’t understand English well and showed it to my cousin. He told her to throw it into the garbage. Jerry read the letter and I was in Calgary in 3 days. If not for Jerry, I would never have become a doctor.

Esther Friedman - about 1 month ago

Dear Diane and family, I had a long & lovely chat with jerry just weeks ago and he didn't tell me he was sick. How typically kind of him. He was so happy with his marriage and his family, it showed in his every word and deed. I hope your wonderful memories will help you through this terrible time. Know that we are thinking of you, Love EstherFriedman and Len Rabin

Barbara Shaikovitz Levine - about 1 month ago

Dear Steve, My deepest sympathies to you and your family, on the passing of your beloved brother. May his memory be for a blessing. Barbara

Simon Jegher - about 1 month ago

To Steve & Arshinoff Family: Adath Israel Elementary in Outremont was our common educational foundation. While we haven't been in touch for about 60 my thoughts are with you. May you all not know further sorrow.

mickey & ricki gelfand - about 1 month ago

dear diane and family, how lucky we were to meet you and jerry on the panama canal cruise. jerry was magnificent and the most amazing storyteller we ever met. we could never get enough of his true stories and laughed ourselves silly every evening at dinner. what a terrible loss to family and friends. mickey and ricki gelfand, calgary, alberta

Marion (Cornfield) Feldman - about 1 month ago

To the Arshinoff family. I was extremely sadden to hear of Jerry's struggle over the last few weeks. I remember the wonderful summers we spent at Pine Valley Camp. Happy, carefree and uncomplicated. My thoughts and prayers are with you all. Extending my sincere and heartfelt sympathy. Marion (Cornfield) Feldman

I just want to send my condolences to the entire Arshinoff family. Jerry was incredibly important and impactful in the life of my late father Ted. I know it's hard to lose someone special like Jerry and we will always remember him.

Phil Weinberger - about 1 month ago

I was saddened to read about Jerry’s passing. My sincere condolences to the family. Of course I remember fondly our days at Outremont High. Phil

Michael G. Cohen - about 1 month ago

Dear Steve,I am saddened to learn of the passing of your brotherJerry.My late brother Ted grew up with you and Jerry and I have fond memories of how close the three of you were and how long the friendship lasted.Cylena and I extend our deepest sympathies to you and the family.

Rhoda Nadell - about 1 month ago

Dear Diane, Linda, Steve and Lloyd, So sorry to hear about cousin Jerry's passing. Fond memories during younger family times in Montreal, he was much loved. My sincerest condolences to his family, Love, cousin Rhoda

Ruth Cohen - about 1 month ago

Dear Diane,Steve,and families,I want to extend my deepest condolences to all of you on the loss of your beloved Jerry.My late ex husband Ted grew up with Jerry and Steve in Outremont and those were the memories he always cherished.He shared an unbelievable kinship with Jerry and they nicknamed each other Jerry”Jacques” and Ted “Claude”.When they would talk on the phone they would go back and forth repeatedly and jokingly with their accents Jacques-Claude sometimes for several minutes.Even though distance separated them that friendship and bond held the strongest place in their hearts.When Ted passed away,Jerry spent countless hours recounting childhood stories with my son and consoling him.I know the world is an emptier place without Jacques and Claude but our loss is heavens gain.They are reunited and making heaven a better and funnier place for all.With my heartfelt sympathy,sadly,Ruth

Murray Levine - about 1 month ago

Same face as 58 years ago and less at Strathcona and Outremont High. Sad to read the news. My sympathies to Steve and the family

Michael Perzow - about 1 month ago

Sharyn Reus (Linkovsky) - about 1 month ago

Dear Family of Jerry, I am so saddened by this news even though I have not seen Jerry since we graduated from Outremont High in 1967. I have a twin too (Karen), so Jerry and I had something in common those days. My dear friend Judy Stark (also now deceased) used to mention Jerry and Steve often in the following years. So maybe Judy and Jerry will meet again and keep each other company. Please accept my condolences.

Stephen Halperin - about 1 month ago

It is always sad to learn of the passing of an old school mate. Jerry, Steve and I spent our elementary school years together at old Adath Israel. Many fond memories. My condolences to Jerry’s family and friends.

Earl Krams - about 1 month ago

My sincere condolences to the family. I remember both Steve and Jerry from Outremont High School Days!! 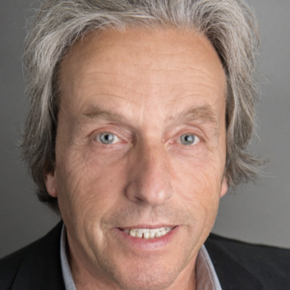 Jerry was born in Montreal - 5 minutes after twin brother, Steve, the third of four children, to Leo and Hilda Arshinoff. He moved to Calgary in 1971 where he met Diane. They were married on July 8, 1978. Jerry earned a Bachelor of Science from McGill University, a Bachelor of Education from University of Calgary and a Master of Education from University of Portland. In his lifetime, he had several notable careers: Principal of PICSS (Plains Indians Cultural Survival School), where he fought for equal academic opportunity, Executive Director of PICSS Society, investment advisor, and politician.

His family was everything to him. He stayed closely connected to his five children, no matter where in the world they were. He went out of his way to understand every aspect of their lives - interests, daily activities, work, personal lives and emotional well-being; he never stopped asking. His four grandchildren brought him great joy, and he was the most amazing Papa and Grandpow to them all. He had a special bond with each of us and we will all cherish our memories with him forever.

Some of his loves were hockey (always cheering for the team with the most Canadian players), horses, back-road trips in "the real Canada", nature, bad jokes, and afternoon naps. His favourite place in the world was home, especially in his last months. He talked about how lucky he felt to live in Springbank, telling stories of when they moved in and how the back deck, looking out at the peaks of the Rocky Mountains, was his favourite place on Earth.

Jerry had a unique ability to connect and form instant relationships with anyone. No conversation was ever brief and many had a lasting impact. He was a storyteller and jokester to the very end. We wish it were possible to put into words how incredible of a man he really was. He truly lived an exceptional life. We are so unbelievably lucky to have had this man as a husband, father, grandfather, brother, uncle, friend, and a hay provider (for Bruce).

Our loss is profound, and Jerry will be missed by so many. He will forever be in our hearts and memories.

A memorial service will be held on Monday, July 18, 2022 at 2:00 p.m. at Springbank Heritage Club, 244168 Range Rd 33, Calgary, AB T3Z 2E7. Donations in honour of Jerry can be made to Eye Foundation of Canada (eyefoundationcanada.ca), Calgary Jewish Federation (www.jewishcalgary.org) or Inn From The Cold (innfromthecold.org).

Leave a condolence for Jerry Arshinoff