My late mother, Shirley Pfefer, met Felice through the breast cancer survivor support group at/of Hope & Cope back in the mid to late 1990s. While they initially connected through their experience with cancer and their treatments, it was their social work backgrounds that brought them closer. My mother felt she had found an ally in your momwhen it came to navigating and negotiating the medical establishment and mindset. I got to know Felice through their connection, and found her to be very caring, feisty/spirited, opinionated, insightful, affable and strong-willed. A straight shooter. Oh, and your mother was funny and laughed easily and heartily, and let me tell you, it was positively contagious. A real New Yorker or New York gal is also how i would describe her . I do recall that i was in your home on Marcil for a brunch shortly after my mother died in 2002, and i was taken by the diversity of characters who had gathered there and their stories There was lots of stimulating conversation, good food and good cheer that afternoon. It was real heymish/homey, and i got to see that your mom had a real bonded immediate family, and a wonderful network of friends and colleagues. As i'm reminiscing, i think to myself that it's too bad that we didn't keep in touch over the years, that i lost the connection with your mom. Jewish guilt aside, i offer my sincere condolences to all of you, and especially to you her children. I see that you've now lost both parents, which i can relate to and understand. While i didn't really know your dad, having only met him a couple of times, your mom left a very favourable impression upon me. May your memories of your mom continue to inspire and guide you in your lives, and to laugh through the tears and your sorrow(s). PS: My mother grew up on Marcil, but further up from where your parents house was. Anyhow, i think it was meant to be that they should meet and connect as they did in their lives. They were both guteh neshumehs, and may they both now rest in peace. Amen.

To the Heller Family I have fond memories of Felice and Ron when they volunteered at Hope & Cope. They were so kind and dedicated to the patients. They will be sadly missed.

Dear Eugene, Simon, and Jenny (p.t.r.s.m.) I'm very sorry to learn of your mom's passing. I knew her as a neighbor, friend, student, and colleague, and remember most the many, many times we all spent together when you and Doron were young. I will miss her,--even though I haven't seen her in decades! My love to you and wish you continuing loving memories .

Dear Jennifer, We went to school together many years ago. I wanted to extend my deepest condolences on the loss of your mother. She sounds like an extraordinary woman. May her memory be for a blessing.

Dear Simon and Jenny, I was so sad to read that your Mom passed away. My heartfelt condolences Esther Handelman 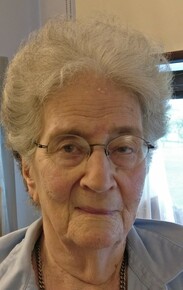 Surrounded by her loving children, Felice passed away, at the age of ninety-two, on Saturday, 4 June, 2022.  Born in Germany, she and her parents moved to Paris and then to the United States, to escape the Nazis.  An alumna of Hunter College, in New York City, she and her late husband (Ronald Vivian Heller) moved to Montreal in 1963.  After having three children, she earned a degree in social work, from McGill University. She was frequently found doing service to others as an active community member.  In her young adulthood, she taught special needs children at several schools, in New York City.  In Montreal, she helped to found a cooperative, bilingual nursery school that was first in the city to accept children under three years old.  After her children were all of school age, she had a career as a social worker and, later in life, volunteered, here and in Florida, for several organizations in support of refugees, immigrants, cancer patients, and families in need.  She opened her home to friends in distress and immigrant families on many occasions, for a night or for a year. A Holocaust survivor and feminist, she was an avid reader and loved square dancing and listening to classical music.
She is survived by her children, Eugene, Jennifer, and Simon. A private graveside service was held, on Thursday, 9 June, 2022.   The family requests those who wish to express sympathy to consider making a donation to Hope & Cope Cancer Wellness Centre or NDG Community Food Depot.