Dear Leonard, Ben joins me in extending our condolences to you and your family. May you know no further sorrow. Sincerely, Susan

Stanley and Lori Meilman - 12 days ago

Dear Albert Family, both branches, I met Freddy only briefly when visiting Montreal, and was struck by his gentle cheerful demeanour. Sending my condolences, with much love.

The phrase "salt of the earth" was made for my uncle. Sincerity, simplicity, full investment of self: he embodied qualities to which we should all aspire. Stubbornness, too, was one of them, as it was for his dad (and mine!), but – like them – never out of proportion. I worked under his supervision as a teenager, and he was never shy about letting you know when you'd goofed around a little too much; but he did this in a quiet, compassionate way that has stayed with me throughout the decades. He drove his life as he did his once-famous speedboat: straight ahead. All love and thoughts to his one and only, Jeannette, and to Tracy, and to Nancy and family. Arms around you all.

Dear Leonard, Wendy and family, Please accept my condolences on the passing of your brother and uncle. May you be spared further sorrow. Cathy

Dear Leonard, Wendy and Family, Merv and I send our most sincere condolences to you at this time. May happy memories provide you with comfort and peace at this sad time. Joanne & Merv

Dear Mr Albert and family, Thinking of you and sending deepest condolences on your brother/uncle. How interesting it must have been at family events that Jeannie and Jeannette were sister in laws!

Condolences to the Albert family. Freddy was my Dad, Fred Katz's first cousin. Auntie Sadie and my Bubby Sofie were sisters. Thinking of you at this sad time.

Dear Leonard and Alber Family.My condolences on the loss of your brother. may you all be strong, know no more sorrows and cherish the wonderful memories."BDH" Amiram Gelbert

Condolences on the loss of your brother, Leonard. Cherish the memories.. 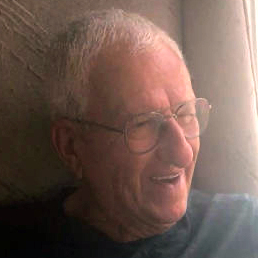 Marrying the love of his life, Jeannette, in 1964, they shared every minute together, in love, laughter, parenthood, and sports in their later years. They curled and golfed, learning these new skills and winning a curling championship at their local legion. Freddy and Jeanette were very involved in the community, being first in line to volunteer their services all year round. For Remembrance Day they would sell poppies for the Hudson Legion. Freddy’s reliability and handyman skills earned him the respect and gratitude at the Legion. Whether it was repairs, building, or painting, everyone knew they could count on Freddy Albert. He was a good-natured man, a hard worker, and a good soul. He was especially renowned for his homemade coleslaw at their pot-luck dinners. Freddy will be deeply missed by his friends at the Hudson Legion and by all who knew and loved him.

Graveside service on Wednesday, November 23 at 10:45 a.m. at the Hebrew Sick “M” Cemetery, de la Savane. Donations in his memory may be made to the charity of your choice.

Leave a condolence for Freddy Albert