Dear Danielle and Michael, our deepest sympathies on the passing of your beloved father. Rebecca and Menachem Herman.

Bob - You left a wonderful legacy on this earth. Deepest condolences to Priscilla, and to Danielle, Lily and Joseph. I will light a candle to honor Bob x They say grief is simply love that has nowhere to go.... :( Rest in Peace friend

Our sincere condolences to you, Danielle, as well as to your brother, sister, mother and all your family . He is gone way too soon.

Dear Danielle and family, We are profoundly saddened to hear of the passing of your father. We very much understand the loss of a beloved parent and hope that time and happy memories will provide you with comfort.

I am heartbroken to learn of Bob's passing. He was a kind, generous person who loved his family. He took great care of all his children from Lily in his arms while making dinner to Danielle and Joseph, I know he was so proud of you. May you carry his love and wit wherever you go in this life. Peace, Bob.

Dear Danielle, Michael and Family, My condolences on your loss.

So sorry for your loss, our deepest condolences to the whole family. Linda & David

Debbie and Marty - 23 days ago

To the entire family of Robert Mark Chafetz, We share in your loss. We felt privileged to have had Bob as part of our family for the past few years. His intelligence and wit were keenly obvious and always welcomed and appreciated. We will cherish the time we spent with him. He will be greatly missed by us. Our deepest sympathies to you all. With love and respect, Debbie Hurwitz and Marty Cooper 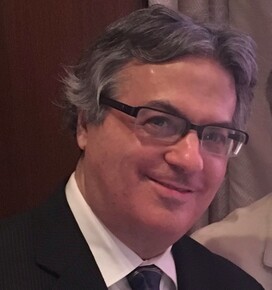 It is with great sadness and love that the family of Robert Mark Chafetz announces his passing, on Monday, January 3, 2022, in Montreal, at the age of sixty-five. Beloved son of Sylvia Judith Strong and Harry Chafetz. Devoted father of Danielle Chafetz Kizner (Michael Kizner), Joseph Chafetz, and Lily Chafetz.  Proud grandfather of Jonah and Ezra Kizner. Dear brother of Lynne Chafetz. Robert will be sadly missed and fondly remembered as a kind soul, an accomplished writer and editor, a music aficionado, and a life-long learner with a quick wit. Robert was born on March 30, 1956, in Scranton, Pennsylvania.  He grew up in Poughkeepsie, New York. He attended Brown University, received degrees in Electrical Engineering and Semiotics, and pursued graduate studies at the University of Pennsylvania's Department of Computer and Information Science. His career took him to positions involving computer science, artificial intelligence, writing, and editing.  A private graveside service will be held on January 5, 2022, in Montreal. Shiva private. Contributions in Robert's memory may be made to the charity of your choice.