Dear Louise, our heartfelt condolences to you and your family. May all your wonderful memories with Seymour live on in your heart forever more. We are thinking about you during this challenging time. ❤ Ellen & Rick

My dad is Stanley Pereland his mother was Sarah Friedman so my dad and Seymour were cousins. I'm Raquella my dads daughter from Montreal and I'm so sorry to hear the news. Seymour had a great personality and made an effort to visit me in Australia.

Dear Louise, Mathew, Harley and family. Ivan and I were very sorry to hear the news about Seymour. Our thoughts are with you at this sad time. We will always remember his smile and twinkle in his eyes. He will be missed by all who knew him. Robin and Ivan Gurevitch

Louise I’m thinking of you and send my sincere sympathy to you and your family. Linda

Our deepest condolences to Louise and the other members of the family. Seymour and I both lived on Lacombe as teen-agers, and were very friendly for a while. Life then separated us for decades, but thanks to our good friends Carol and Lucien Lieberman, we reconnected a and even had a reunion a while back.

I am so sorry to lose such a wonderful friend. We shared so many good times together with the family. Such fabulous trips sailing and going to the ski hills for vacations. Cherish all the fond memories of Seymour and may he R.I.P.

Dear Louise and family, So sad to hear of Seymour's passing. My sincerest condolences to you. Marilyn 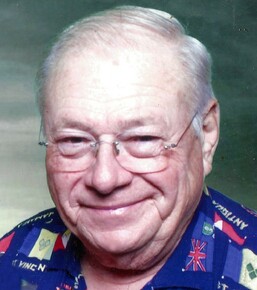 It is with deep sadness that we mourn the loss of Seymour Ronald Friedman, who passed away on December 30, 2021. With his humor, love of people and zest for words, Seymour touched the lives of many throughout the Boston area and his native Canada. As his sons remarked, no one who ever met him, forgot him. A skilled sailor for many decades, Seymour and his wife, Louise, could often be found on the deck of their sailboat, the SEA-EZE, sailing all along the eastern Seaboard – after retiring in 2001 sailing from Newfoundland to Trinidad and all the places in between. At home in Wellesley, MA, Seymour was a loving husband to Louise for 57 years and a devoted father to two sons, Harley and Matthew. He made significant contributions to the country during a long career as a Systems Engineer at MITRE Corporation.

Born to Harry Friedman and Sophie Steinberg on October 29, 1939, in Cote-Saint-Paul, a suburb of Montreal, Quebec, Seymour and his sister, Charron, were raised in Montreal. He attended Talmud Torah School, Montreal High School and graduated from McGill University in 1961 with a degree in Electrical Engineering. It is in Montreal that a college romance with Louise Krasnow was rekindled on Rosh Hashanah. They married in 1964 and moved across the border, where Seymour, after working for a few years, attended Cornell University and graduated Phi Beta Kappa with a Masters degree in Computer Science in 1967. Not long after, they settled in Wellesley, establishing strong friendships and deep connections to the Jewish community. Seymour’s smile, warmth and unique charm will be missed by his wife, Louise, by Harley and Sarah, Matthew and Robin, and his five grandchildren, Gwen, Daphnie, Mason, Malina and Reese Friedman in addition to all his family in Vancouver, Canada, including his sister, Charron, and husband, Gabriel Kalfon, and sister-in-law Carole Lieberman and husband Lucien. Seymour was also a cherished uncle to Hilaire Kalfon, Marcy, Leanne and Jeff Lieberman, and great uncle to Leo and Tessa Mendes and Makaio and Dassa Lieberman-Smith. He will always be remembered for his friendly nature and outgoing personality. Graveside service will be held at 10am, Sunday, January
2, 2021 at Beit Olam East, 42 Concord Rd. Wayland, MA. Donations in his memory may be made to Birthright Israel Foundation P.O. Box 21615, New York, NY 10087. For livestream link to the service please go to his obituary at www.brezniakfd.com