Joyce and Seymour Bellman - 10 days ago

Dear Family, Sincere condolences on the loss of Vivian. We remember Vivian with great fondness. Her wit and intellect were an inspiration to all who had the pleasure of spending time with her. May her memory be a blessing . Joyce and Seymour Bellman

My sincere condolences on the loss of your mother. She was always engaged in intellectual chess and will be remembered for her special the special person that she was.

The obituary says it all; Vivian was indeed amazing in every way. I had the good fortune to meet her at S ylvia and Jack Bordan's home quite often; they were close and wonderful friends. may her memory be a source of inspiration to all of us! Miriam Cohen 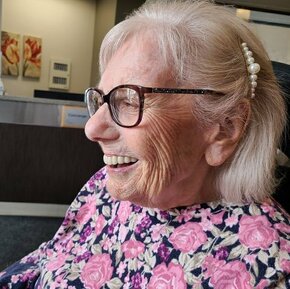 Daughter of Louis and Leah Epstein died in Toronto on July 20th in her 93rd year after along  battle with Alzheimer's disease.  A sharp, intelligent, fun-loving woman with a superb sense of humour. She was a stellar student at Strathcona Academy in Montreal. A fierce debater in school, she later became a political junkie and lover of movies. After McGill, married to Sam, she obtained her Masters at Purdue University and practiced as a clinical sychologist. Fiercely independent to the end, she was supported in Montreal in her later years by her daughter Nadine and her devoted caregivers,  Emie, Tess and Rebecca. Predeceased by her husband Sam,  she  will be missed by her sister Eileen (Ralph), her brother Norman, her children Jed (Marsha), Nina and Nadine (Andr), grandchildren Fanny, Marty (Janine), Jason and Lola and her great-grandchildren Russell and Ava and all of her amazing Montreal childhood  friends! Special thanks to all the staff at One Kenton Place in Toronto and her special helpers Mildred and Jeanette. Donations to the Alzheimer Society or the charity of your choice. Funeral and Shiva details at www.benjamins.ca. Arrangements entrusted to Benjamin's Park Memorial Chapel.

Leave a condolence for Vivian Rabinovitch-Epstein