My condolences. I had many conversations with Larry over the years at his store Radio Shack in St. Albans . Always stopped to see him whenever I was at my house in Vermont. I was so surprised to meet him at my shul Beth Zion in Cote Saint Luc. He was very helpful over the years and interested in my name.

Lee and Nellie Feldman - 30 days ago

Dear Family, Our deepest condolences to you all. We fondly remember Larry with the time spent with Saul, Vivian, Gertie and Max. May your beautiful memories give you great comfort during these very difficult times, please know you are all in our thoughts. Lee & Nellie

My condolences to the family. My late father, Louis Fine, was very close friends with Gertie & Max.

My deepest sympathies on the passing of Larry. Larry was a good friend of my late Dad and late uncles, Sam, Morris and Martin. May his memory be a blessing to all. 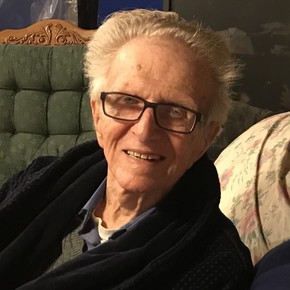 At the Respite House in Burlington Vermont, on Wednesday, June 30, 2021, Larry peacefully transitioned into the celestial realm where he joins those he deeply loved: his parents, Max and Gertie, siblings, Saul and Vivian, and Alma Rush Rosen. His wife, Helen – a source of constant comfort and support – held his hand daily during his final days in the hospital and in hospice. Larry will be deeply missed by his children, Bruce, Jeff, Elliott, and Heidi; grandchildren, Michael, Jonathan, Joshua, and Jenna; his sister-in-law, Riva Rosen, nieces and nephews, David and Ronda Rosen, Stephen Rosen, Marla Rosen and Peter Goldman, and Melody Pearson; his great-nieces and great-nephews, cousins, as well as by his countless friends.

Larry was a brilliant man, exceptionally talented as an engineer and technician, without the benefit of a college degree. Moving to southern California in the early 1960s, he was a pioneer in understanding the evolving circuitries of televisions. His business, Simi Valley TV, had won the contracts of all the top-selling department stores of the day. He also worked on rocket ships at the Jet Propulsion Laboratory. He was a long-time employee of Radio Shack in Canada and USA. Larry was also a Freemason and an active volunteer at the Shriners and St. Jude’s.

His son Elliott says, “When I talk about Dad, I think about all the hockey times, him getting us up at 4:00 am to go play hockey. He taught me the importance of getting up early in life, not missing out on the day.”

His son Jeff, who almost made it to the NHL as a goalie, remembers: “Dad was going to all my hockey games in Montreal. He used to say, ‘You’re getting close to making it, the scouts are watching you.’ He always kept me on top of my game.”

His daughter Heidi also has a hockey memory, “All the boys in my family had skates, so my dad bought me some new white ice skates. I was so excited! I thought that now I can play hockey with the boys. He also sat me on his knee and told me that I was his beautiful daughter when kids would tease me.”

His eldest son Bruce also remembers the hockey days: “He pushed me to be a good player and I became a very good one. I was also a child of the late 60s and could be rebellious and I pushed back when I felt I was being pushed too hard. So, we bumped heads from time to time. But, man, how much I miss and love him.”

His daughter-in-law Susan says: “I just loved him. He was so kind to me, remembered every one of my birthdays.”